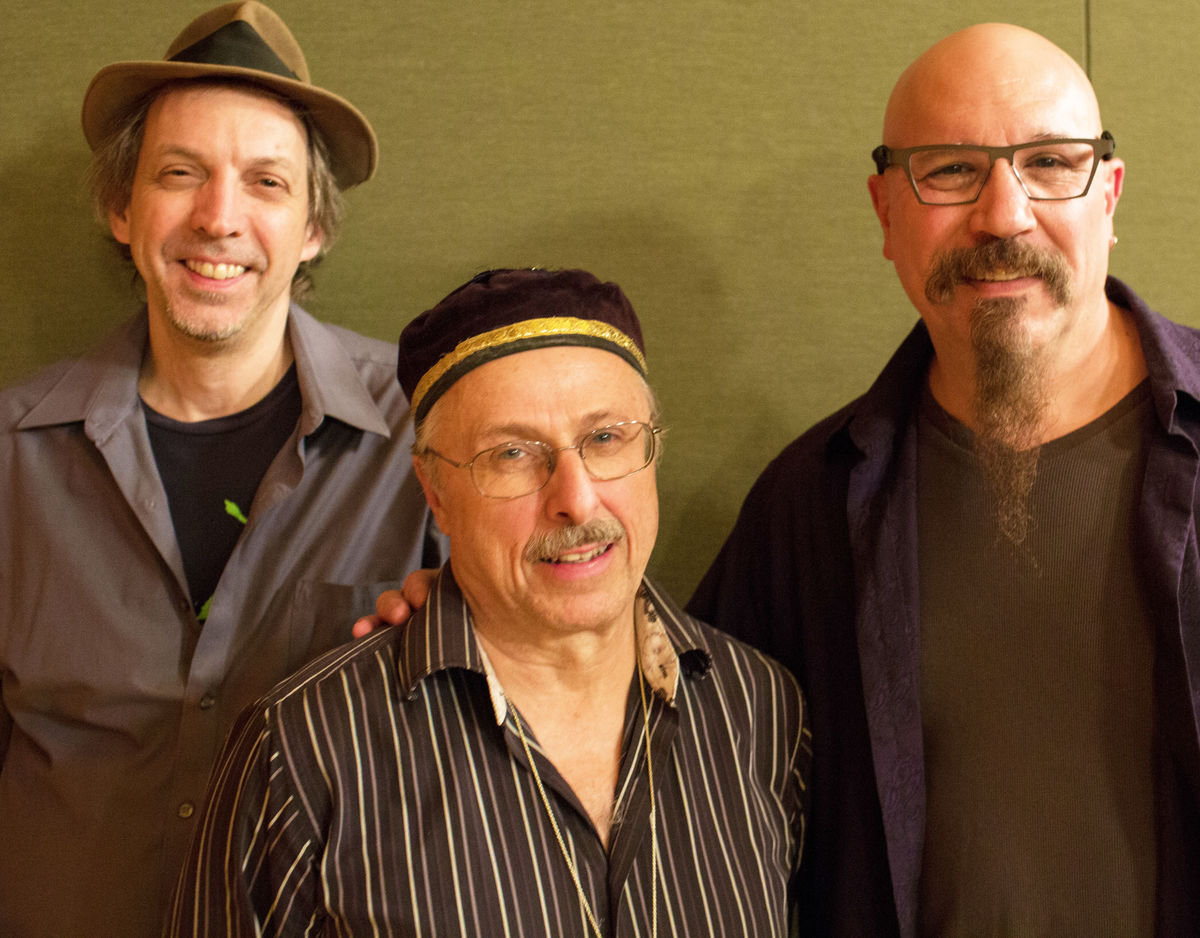 The Hotchkiss Concert Series is pleased to present the Michael Musillami Trio +2 on Saturday, Sept. 16 at 7 p.m. in Katherine M. Elfers Hall, Esther Eastman Music Center. The group will perform new original music for its forthcoming 2018 release,"Think Of Something Beautiful." The Michael Musillami Trio + 2 augments Musillami's longstanding core trio, featuring bassist Joe Fonda and drummer George Schuller, with the addition of Kirk Knuffke on cornet and Jason Robinson on tenor saxophone. The concert is free and open to the public.

"His compositions develop in leisurely style from quiet simplicity to intricate complexity," writes Jack Massarik in Jazzwise, "and the ensemble playing is civilized, sophisticated and clean." The Boston Phoenix's Jon Garelick adds, "Musillami sounds familiar — this is swinging jazz guitar, after all — but not quite like anyone else."

Born and raised in California, Musillami studied with renowned guitarist Joe Diorio before moving to the east coast in the early 1980s, working primarily in organ trios led by Richard "Groove" Holmes and Bobby Buster, among others. In addition to paying his dues by sharing the stage with Junior Cook, Dewey Redman, and Curtis Fuller, Musillami became part of the circle of musicians connected to the Hillside Club in Waterbury, CT, throughout the 1980s.

Over his 30-year career, Musillami has led a variety of ensembles, releasing 19 CDs and touring throughout North America, Canada and Europe. Along with his longstanding flagship trio with bassist Joe Fonda and drummer George Schuller, he has earned critical notice as the leader of groups ranging from duo to octet, featuring such prominent collaborators as Mark Feldman, Cameron Brown, Drew Gress, Michael Sarin, and Matt Wilson.

In 1999, Musillami founded Playscape Recordings to give himself more control over his recording career and support other musicians. Built around a cadre of frequent collaborators, the label has garnered extensive critical praise and a catalog of more than 70 diverse releases. "Like Blue Note or CTI in their prime," writes Signal to Noise reviewer John Chacona, "Michael Musillami's Playscape label has a signature sound."

When not working with his own bands or managing his record label, he also teaches at The Hotchkiss School in Lakeville, Connecticut. Learn more at www. michaelmusillami.com and www.playscape-recordings.com.

"Working on an almost telepathic level," writes Troy Collins, "they have developed an innate familiarity with each other that enables them to second guess abrupt tempo changes and harmonic detours with split-second timing.

"Musillami's trio, his alliance with his longtime friends and collaborators, bassist Joe Fonda and drummer George Schuller, is a superb, finely tuned unit, empathetic, swinging and dramatically expressive of emotions sweeping from joy to sadness," says Owen McNally of the Hartford Courant in his recent feature article. "More impressive than longevity, however, is the trio's remarkably tight, cohesive unity. Nurtured by Musillami's celebratory music, the band functions as a musical family, a democratic clan in which everyone expresses himself."

A native of New York City, Schuller moved to Boston in 1967, where he was raised and educated, and later received a bachelor's degree in jazz performance at the New England Conservatory of Music in 1982. For the next 12 years, Schuller was a fixture on the Boston area jazz scene, performing with Herb Pomeroy, Jaki Byard, Jerry Bergonzi, George Garzone, Mick Goodrick, John Lockwood, Ran Blake, Lisa Thorson, Billy Pierce, Bruce Gertz, Mili Bermejo, John LaPorta, Dominique Eade and Hal Crook.

Cornetist and composer Kirk Knuffke is the winner of Downbeat magazine's "Rising Star" critics poll for 2015. A recipient of the Jerome Foundation composers grant, Kirk has released 15 recordings as a leader or co-leader. "One of modern jazz's most skilled navigators of the divide between inside and outside, freedom and swing," he has "full command of his most demanding instrument" – All About Jazz. Kirk placed in the top five in the world in the El Intruso critics poll and was one of six nominees for Trumpeter of the Year by the Jazz Journalists Association.

The music of American saxophonist and scholar Jason Robinson ("rugged and scintillating," New York Times) thrives in the fertile overlaps between improvisation and composition, acoustic music and electronics, tradition and experimentalism. Initially a devotee of post-1960s jazz and creative music, Robinson is celebrated for bringing together various historical directions in jazz--bebop, post-bop, the avant-garde--with an improvisatory and compositional sensibility drawn from and extending the languages of John Coltrane, Albert Ayler, Duke Ellington, Charles Mingus, and Lester Young. His musical interests, however, span far and wide. He is a critically acclaimed distinctive voice in a new generation of creative musicians in equal dialogue with jazz, popular music, experimental music, and electronic music. Robinson's primary group is his New York-based Janus Ensemble, which ranges in size from a quintet with reedist Marty Ehrlich, guitarist Liberty Ellman, bassist Drew Gress, and drummer George Schuller, to the full nine-piece version of the group with the addition of reedist JD Parran, trombonist and tubist Bill Lowe, tubist Marcus Rojas, and drummer Ches Smith. The group's latest release is Tiresian Symmetry(Cuneiform, 2012).

The Esther Eastman Music Center celebrated its 10th anniversary in 2015. A LEED-certified building adjoining The Hotchkiss School's main building, the Center is home to state-of-the art music facilities and the Katherine M. Elfers Hall — a breathtaking concert hall with world-class acoustics. The hall has become one of the area's main cultural destinations, offering student and guest concerts throughout the year, all free of charge.

Founded in 1891, The Hotchkiss School is a coeducational boarding school located at 11 Interlaken Road in Lakeville, Connecticut. Katherine M. Elfers Hall, Esther Eastman Music Center is situated in the lower level of the main building. For more information about this and other arts events at The Hotchkiss School visit www.hotchkiss.org/arts or call 860-435-4423.