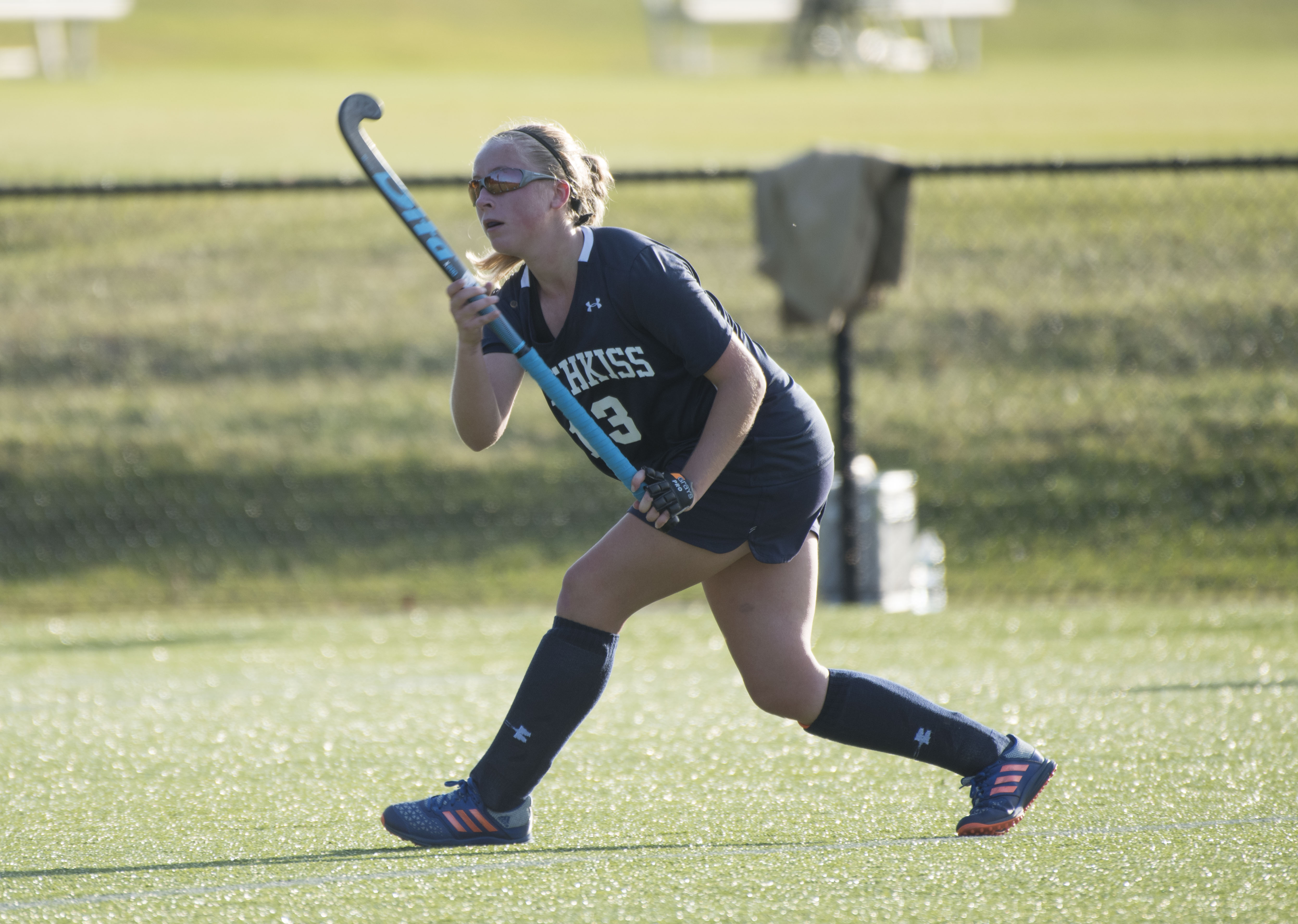 The Hotchkiss field hockey program is committed to excellence in and out of the classroom and on the playing field. This pursuit of excellence has warranted an amazingly rich tradition of success since Hotchkiss went coeducational in the fall of 1974. As a member of the Founders League, the Western New England Prep School League and New England Prep School Athletic Council, the varsity squad has compiled quite a noteworthy record throughout its 42 year history.

Offering three levels of competition provides an opportunity for student-athletes of varying ability and experience the chance to participate interscholastically. The varsity, junior varsity and thirds teams practice on Monday, Tuesday, Thursday and Friday with games typically on Wednesdays and Saturdays. The junior varsity and third teams average 12-14 games per season, while the varsity plays a demanding 15-game schedule against many of the top Division I teams.

Even more important than the win-loss record, the beautiful playing facility or the college placement, however, is the personal growth that each athlete experiences during her field hockey career. Being a part of the Hotchkiss field hockey program teaches the importance of honor, character, hard work, and respect for others.

Our natural-grass facility includes two full-sized playing fields, one for the junior varsity and thirds teams. The quality of this playing surface has played a major role in the development of our highly skilled players over the years. In addition, our facility has been the site of three Division I New England Tournaments (1994, 1996 and 1998). Hotchkiss has also been very fortunate to install a synthetic turf field that was completed in the fall of 2006. This terrific facility is the home for our varsity field hockey and lacrosse teams.

Over the years, many of our players have continued their field hockey careers at top Division I and III collegiate programs such as Princeton, Brown, Dartmouth, Boston College, Williams, Amherst, Middlebury and University of Michigan. We have had a great deal of success in this area because Hotchkiss has a reputation of strong academics coupled with top-notch athletics.