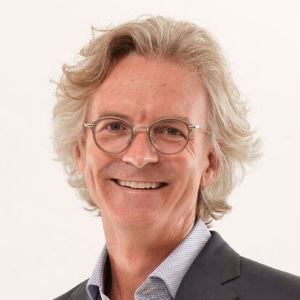 Nathaniel "Nat" Minter Dial '83 has spent the past 25 years researching and documenting the story of his grandfather and the remarkable journey of his Annapolis Naval Academy ring. The ring was lost in 1945 and then discovered in 1962, 17 years after his death, by a Korean laborer in Inchon, Korea, during the excavation of a site of a former prisoner-of-war camp. Lt. Minter Dial was taken prisoner in 1942 and was killed in January 1945. For his grandson and namesake, Minter Dial II, this quarter-century has been a journey of learning about his family, the atrocities of World War II, as well as one of self-discovery. "This story illustrates the importance of serendipity and the role of both good and bad luck in piecing together a personal history of someone who died 70 years ago," he says.

Minter Dial attended Eton College in Windsor, England. In his senior year he applied to two top U.S. universities, but having no final grades, rather shabby recommendations, and having never prepped for the SATs, he was rejected by both Yale and Harvard. "I had to figure out a Plan B," says Dial, "so I hired a counselor who suggested that the best way to prepare for an American university would be to spend a post-graduate year at Hotchkiss. I gained so much there, including getting Americanized, but perhaps most significantly, I came away from Lakeville with many incredibly important friendships. I have many Hotchkiss friends I can call after a long period of time, and, without batting an eye, we'd talk as if not a day had passed. That's very enjoyable, considering I was only there for a year. And funnily enough, there is a whole roster of people I met whom I didn't know while at Hotchkiss, but came to know or meet afterwards. In some cases, it was many years later. This is reflective of the extended network one can develop at Hotchkiss."

Dial's quest to uncover the story of the ring began in 1991, when he received a phone call from someone looking for a Minter Dial. "I had just moved to DC, and it turns out it was a lady from my grandfather's high school looking to invite him to a reunion. I was busy working as an entrepreneur, but from that point on, the idea of researching my grandfather's life took hold, and I began researching and writing. In those years, I scoured books, attended conferences, and did amateur sleuth work to locate and meet people who had known my grandfather. Moreover, both my father and aunt were reluctant – at least on the outset – to get involved. Their pain made it hard for them to open up. Ten years would pass before I gave my first manuscript to my father, which, rather uncannily, was on September 12, 2001, after he had come to visit me in Manhattan. His plane home was cancelled, and he came back for a second unplanned dinner."

Over time, the mystery of Lt. Dial's ring unfolded. "The more I delved in, the more I discovered a most incredible story, one that goes beyond the life of my grandfather, and this served as the momentum to uncover others' stories as well. And, I just loved the resonance. In fact, I found that nearly everyone has his or her own story that echoes the one I unearthed. I came to meet roughly 130 people who had known my grandfather and grandmother. To hear all of their stories was just heartwarming and, at times, heartbreaking. It became a race against time; some of the people I had managed to find died in the days/weeks before I would contact them. Others still died shortly after my meeting them. Not only did I want to devour their stories, but also I started to realize how lucky I was. I felt a need to define my own values and affirm my own beliefs."

The story was, at times, very hard to tell. Lt. Dial spent time at Cabanatuan Prison Camp, where torture, disease, and malnutrition were the norm, but it was his final hellship trip that would define his destiny. Aboard the first ship, the unmarked Oryoku Maru, more than 1,600 POWs were crammed into three separate holds with little ventilation or sanitation in searing heat. After the first night, having never left harbor, many men were dead. Over the ensuing 29 days, more than 1,000 men lost their lives. After the Oryoku Maru was sunk, Dial was moved into a second unmarked ship, the Enoura Maru; and on January 9, 1945, along with 200 fellow prisoners, was killed by friendly fire. But, just before dying, he gave his Annapolis ring to his friend, Lt. Douglas Fisher, asking him to get it to his wife.

Among just 271 survivors on that fateful journey, Fisher came out alive. But somewhere along the way, he lost the ring. It was a mystery as to how it ever ended up in Korea, until Lt. Dial's grandson took up the search.

In his research, Dial II found that many of the people living today are far removed from the WWII experience, and the values of that generation. Moreover, they don't necessarily know the sacrifices of the Greatest Generation. "The horrors of the hellships are unspeakable," says Dial, "and many of the veterans with whom I spoke preferred not to evoke any of their memories. There were more than 21,000 Allied POWs killed or injured in these hellships, all from friendly fire, because the ships were not marked as carrying prisoners of war. Not only was death a high probability in these hellships, but also the conditions were absolutely sordid."

There are many more twists and turns in the story of the ring, and Dial's 27-minute documentary called The Last Ring Home will be aired on PBS on November 11, prime time, as well as on the History Channel in Australia and New Zealand. The story has also been covered by the Smithsonian, and that article has been translated into Japanese and Chinese. Dial's book comes out on November 5, and he continues to work on the promotion of both the film and the book.

Professionally, Dial and his wife, Yendi, run Myndset, a boutique agency, where their primary services are speaking (typically on new tech trends and branding in the digital age) and brand consultancy. "Businesses have been upended by a confluence of new forces and a search for more meaningfulness and fulfillment," he says. This will be the subject of Dial's next book, due out next summer, with Pearson as publisher.

To learn about Myndset: myndset.com/

To see the trailer on the main site: www.thelastringhome.com

To see where to buy the book: www.thelastringhome.com/book

To find out about screening events in the US/UK in November: www.thelastringhome.com/events