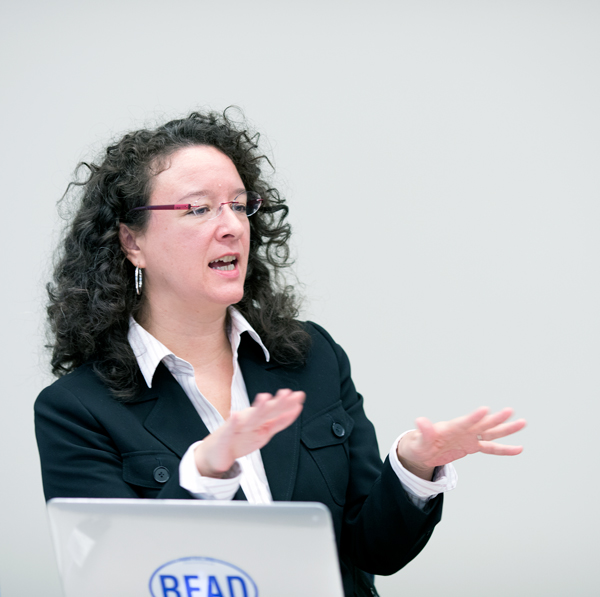 Betraying Big Brother, published in September, chronicles the arrest of the “Feminist Five,” a group of women activists jailed by the Chinese government on International Women’s Day in 2015 whose imprisonment sparked a global outcry and renewed feminist activism in China. The new book follows her acclaimed study, Leftover Women, which examined how single women are stigmatized and pushed toward marriage in China.

Fincher engaged in a lively question and answer session with third-and fourth-year Chinese language students in Chinese, continuing the dialogue with a lunch conversation with students together with an afternoon session with faculty and staff. She provided historical context of the Chinese government’s conflicted relationship with feminism, and emphasized the central role the younger generation has brought new energy to the cause of gender equality, especially in the wake of the #MeToo movement.

The feminist movement in China "has been transformative,” she said, adding, “because of the barriers these women face, it is incredible how strong the movement has become.The government can’t control it.”

CGUIT also hosted Karen Carter, the executive director of the Myseum of Toronto, on Oct. 29-30. 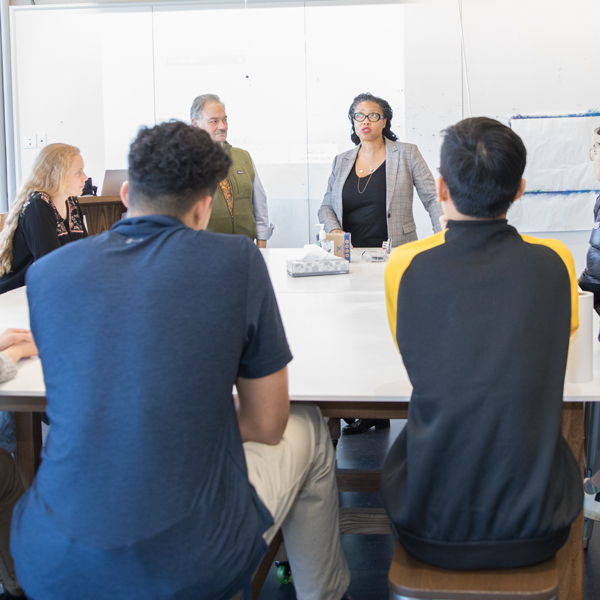 In her role as a museum director, Carter takes an innovative approach to the museum experience, involving Toronto’s natural spaces, cultures, history, archaeology and architecture in exhibitions. She is the co-founder and chair of Black Artists’ Networks Dialogue, an organization dedicated to the promotion of black arts and culture in Canada and abroad.
At Hotchkiss, Carter spoke with faculty and visited classes, where she spoke about the Black Artists Network and art as it relates to social and political protest.

In art instructor Brad Faus’s advanced portfolio class, she told students, “Because of the place creatives have in the world, they are sometimes ahead of the game with what’s going on in other parts of the world. So it’s important for you to know what is happening, not only within the context in which you are living, but to understand what other global markers connect to your narrative.”